Bread is a vital part of a Moroccan meal. Whether it’s a rich tagine or a dish of couscous with beef, Morrocan cuisine is almost always accompanied by bread. Traditionally, diners use bread both to mop up stew or sauce and as a simple utensil. There are many different types of Moroccan bread, each of which has something to offer a meal. 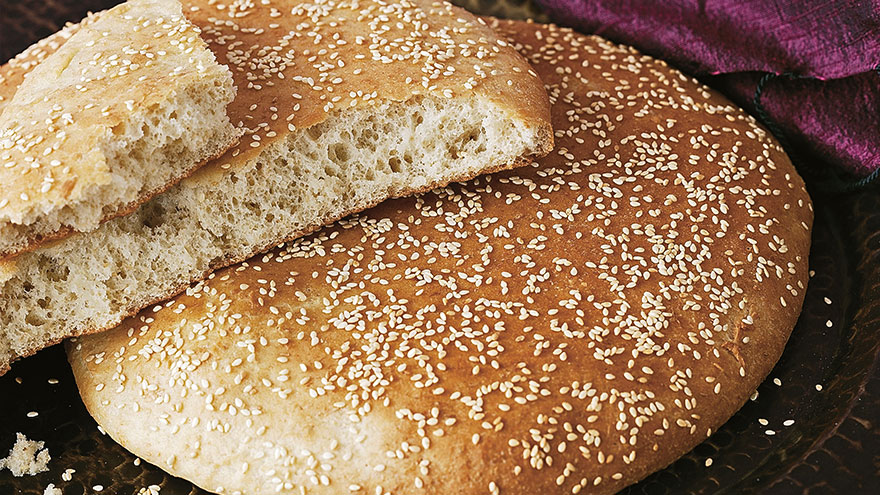 The standard bread served with a Moroccan meal is khobz, hobz or khubz. This simple flatbread made with semolina flour accompanies main meals, particularly tagines.

Traditionally, khobz is made at home and then taken to a local bakery to be baked. Sesame or anise seeds can be added to khobz to give them a little additional flavor.

Like khobz, beghrir or baghrir are made from semolina flour. Unlike khobz, however, beghrir are light, delicate pancakes served for breakfast in Moroccan cafes.

They are usually served with a sweet topping such as jam or honey and should be eaten hot out of the pan. The traditional topping for beghrir is a warm mixture of honey and butter.

European cuisine has had a large influence on Moroccan cooking. This is especially evident in a popular snack food, bocadillo. The bocadillo is a type of sandwich, usually made with a French-style baguette.

Bocadillos are also common in Spain. Common fillings include salad or seafood, as well as potato-and-egg omelette. Confusingly for Americans, this type of omelette is called a tortilla.

Although khobz, beghrir and baguettes are common breads served with Moroccan meals, they’re far from the only types of Moroccan bread. For instance, Tangier street bread, or kalinte, is a thick pancake made from chickpea flour.

Batbout are another circular flatbread which resemble pita bread; they are made with either wheat or semolina flour. Different regions of Morocco also have their own regional specialties and variations on these common recipes.