You won’t find moringa drumsticks in the local specialty foods store, neighborhood grocery or big-chain supermarket. But you might find them in your backyard, if you live in a hot, arid climate. Moringa trees (Moringa oleifera) are a valuable resource in developing countries, where they’re used to purify water and support local diets, but they’re also grown in the U.S., where a commercial distribution system is developing.

Just about every part of moringa serves a purpose, but the leaves and drumsticks, or seedpods, are eaten. You can cook drumsticks like other edible-pod beans, such as Chinese long beans, which, like drumsticks, measure around 18 inches long.

How Do You Cut Moringa Drumstick? 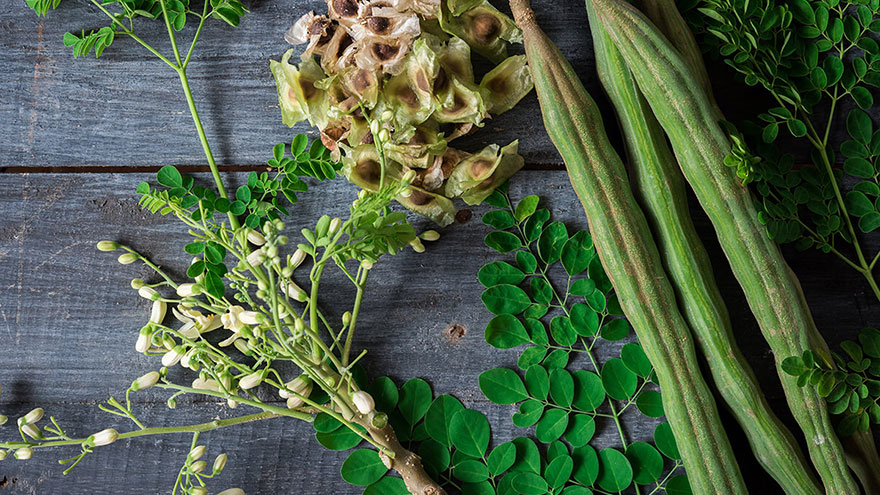 Cut the drumsticks at the stems using scissors or pruning shears while they’re still immature and break sharply when snapped, or when they measure about 1/4 inch in diameter and about 1 foot long. Drumsticks develop a fibrous sheath after 12 months, which makes them tough to chew.

Trim the ends from the moringa pods and slice them into 1-inch-long pieces with the kitchen knife. Rinse the drumstick pieces in a colander under cool running water.

Cover the sliced drumsticks with a few inches of cold, salted water in a pot and place it on the stove over high heat. Boil the drumsticks until slightly softened. The parboiling time varies with the maturity of the pods, but you can pull a few pieces out and squeeze them to check.

Remove the drumstick pieces with a slotted spoon after they soften and plunge them in a food storage container filled with ice water to stop the cooking. Remove the pieces after they cool and place them on a towel to dry.