In a country with as many different cultural influences as South Africa, it’s hard to define anything as typical, and breakfast is no exception.

Traditional breakfasts from the British, Afrikaners, Africans and other cultures each feature their unique specialties. Since the end of apartheid, you’re more likely to find breakfasts that mix influences from various cultural groups. 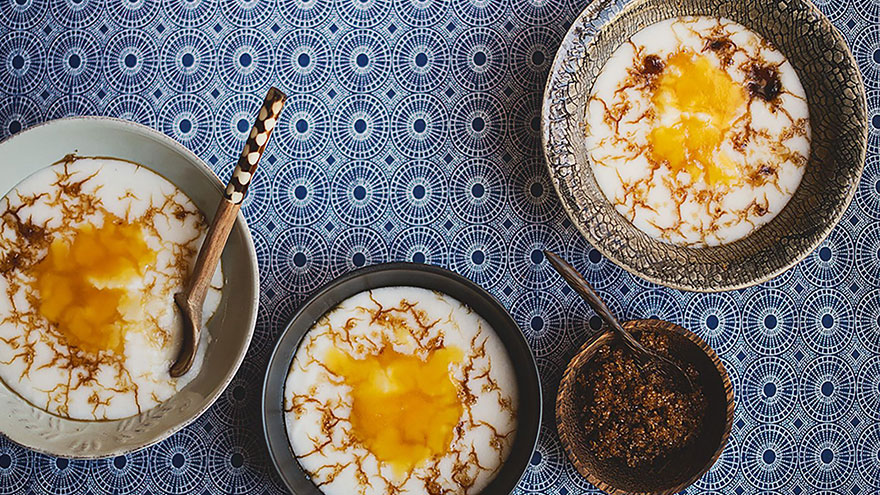 The British came to the area that’s now South Africa in the late 18th century. They gained control over a good portion of the land, and in 1910 the Union of South Africa became part of the British Commonwealth.

Although South Africa left the Commonwealth in 1961, the British influence is still strongly felt in South African cuisine. In many hotels and in homes in urban areas, breakfasts feature traditional British fare: eggs, toast, grilled tomatoes and bacon, served alongside coffee or tea.

Descended from the Dutch, French and German settlers, the Afrikaners have very distinctive traditional breakfast foods. As many of the Afrikaners were farmers, their breakfasts needed to be filling to get the farmers through long days of work.

Typical breakfasts feature eggs along with meats such as a steaks, bacon and boerewors, a traditional sausage made of various meats and spices. Often, Afrikaner breakfasts will include beskuit, also known as rusks, a type of hard, dry bread that is great dipped in coffee.

In rural areas and the townships, the influence of Africans, particularly the Zulu nations, is particularly felt. Here, typical breakfasts revolve around corn dishes, as corn is widely abundant and economical. While cornbread is sometimes seen at breakfast, you’ll more likely see pap, a porridge made of ground corn. This porridge is sometimes served sweetened and sometimes fermented.

Around the city of Cape Town, there’s a completely different style of cuisine that comes from the influence of Madagascan and Asian slaves along with the traditions of the Dutch settlers who remained in the city instead of migrating north during the 19th century. Here, a traditional breakfast favorite is koesisters, a sugary doughnutlike delicacy flavored with cardamom, aniseed and cinnamon.