Foods everywhere react the same way to heat, but differences in technique can produce startlingly different outcomes. For example, a grilled steak is utterly unlike the silky-soft strips of beef or other meats you’ll encounter at a Chinese restaurant.

That’s because the Chinese use a special technique, sometimes translated as “velveting,” to give their meats that unusually tender texture. It takes a bit of preparation, but it’s easy enough for cooks at any skill level.

Steps to Make Beef Slices Tender Like a Chinese Restaurant 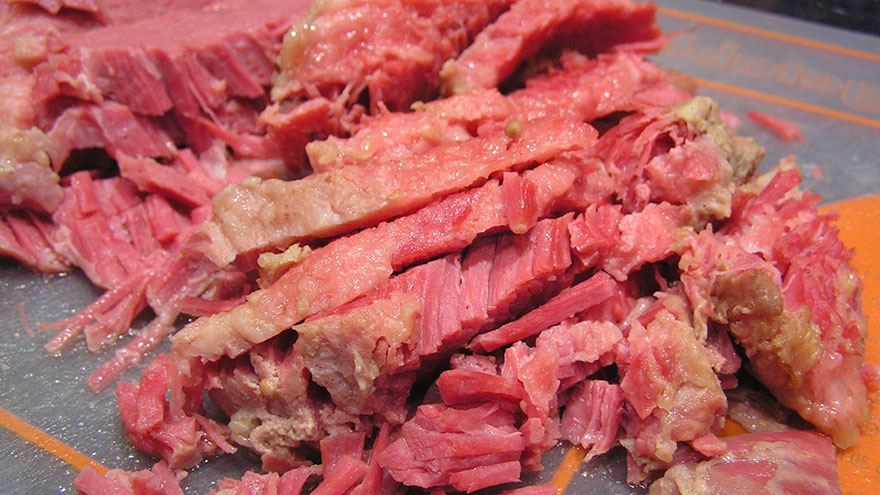 Position the beef on a cutting board and trim away any surface fat and connective tissues with a sharp knife. Slice it across the grain into slices roughly 1/8 inch thick and then cut the slices further into broad or narrow strips, whichever is appropriate for the dish you’re preparing.

Whisk together an egg white, a tablespoon of cornstarch and a splash of rice wine in a mixing bowl for every pound of beef, using a fork or wire whisk. Add salt and pepper and other seasonings if appropriate, then add the beef strips and toss them in the mixture until they’re well coated. Adding a few drops of water if the paste is too thick to disperse evenly. The meat can be prepared to this point ahead of time, then refrigerated for later.

Heat 1/4 cup of oil in your wok until it’s just barely hot, about 150 or 160 degrees Fahrenheit. Add the meat and increase the heat, so the slices of meat barely cook and become pale. If you have too much beef to fit conveniently in the wok, divide it into small batches and repeat the process.

Lift the meat from your wok with a slotted spoon and let it drain while you prepare your other ingredients. Add the prepared and par-cooked meat at the last minute to stir-fried dishes, or deep-fry the beef and toss it in a suitable sauce.