Cellophane noodles have many aliases, but whether you call them glass noodles, rice vermicelli, bean thread noodles or crystal noodles, these clear, thin threads are the star of many Asian dishes.

The typical way of cooking cellophane noodles is to immerse them in hot water until they soften and then toss them into noodle salads or stir-fry with vegetables, meat and sauces. For texture contrast, fry cellophane noodles to make a dramatic and crunchy accent to saucy dishes and salads. 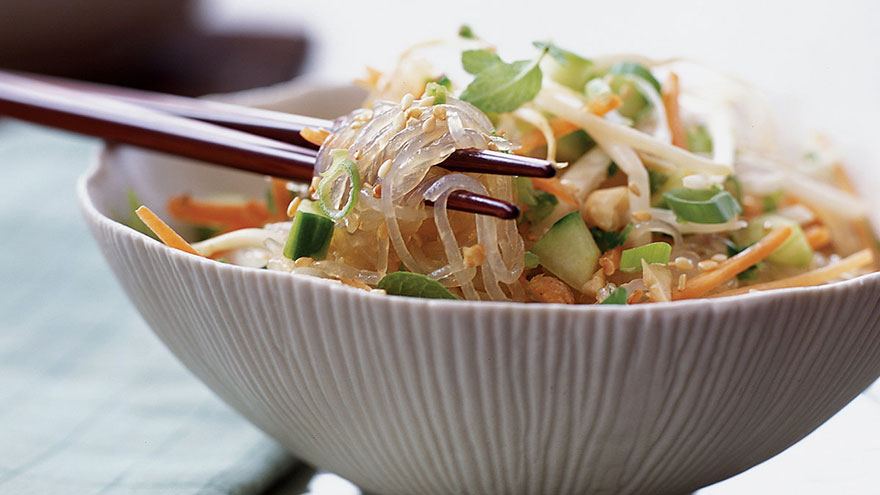 Heat about 2 inches of oil in the wok over high heat. You know the oil is hot when the surface glistens.

Pull a small bunch of noodles away from the large nest of noodles and use the tongs to place them in the hot oil.

Watch them cook; the noodles will crisp up in a matter of seconds. If they don’t crisp up right away, your oil isn’t hot enough.

Remove the noodles and set them on a dry paper towel to drain. Wait a few minutes before cooking the next batch of noodles.

How to Marinate Daikon for a Vietnamese Sandwich